Dark patterns are having a ‘vibe shift’

The recent $245 million Federal Trade Commission settlement with Fortnite on alleged use of dark patterns is the wake-up call many consumer advocates have been anticipating worldwide.

Dark patterns which are design features and functionalities built into websites and apps purely exist to influence consumer behaviour – often not in the consumer’s best interest.

It’s been quite the year for dark patterns. Earlier this year, globally there was a transition in language – terms ‘deceptive’ and ‘manipulative’ design were dropped into the dark patterns vernacular. Not by accident – it was a recognition that dark patterns are more than just the annoying quirks of a digital life.

Dark patterns cause consumer harm. Australians have lost money, control over their data and have been pushed towards choices that are not in their best interest. Consumer Policy Research Centre’s research this year highlighted that 83% of Australians have experienced a negative consequence thanks to dark patterns.

Dark patterns range from hidden costs, scarcity cues and inability to cancel or unsubscribe from a service to pre-ticked options and trick questions that aim to extract more personal information than necessary.

This year, we saw the EU introduce the Digital Services Act specifically calling out dark patterns that present non-neutral choices or make the cancellation process more difficult than the sign-up process. In Europe, we also witnessed the shift in the Amazon Prime cancellation process to a simple two-step process. This change is yet to happen in Australia – Amazon Prime customers here still face multiple screens, multiple steps and multiple options that are confusing and have been found to be unfair in the EU.

In October 2021, FTC put businesses on notice  announcing that dark patterns were going to be a key enforcement focus for the regulator. And what happened earlier this week is the outcome many consumer advocates have been calling for worldwide – accountability on businesses to course correct and provide redress on the dark pattern harms they’ve caused.

Fortnite is alleged to have used a range of dark patterns to “charge consumers for virtual merchandise without their express informed consent”.1 FTC alleges that millions of consumers’ associated credit card details were saved by default and before you knew it kids, who are the primary players of the game, were racking up parents’ credit card bills with virtual costumes, dance moves and pinatas. It’s a classic dark pattern move – make the choice that’s valuable for the business as frictionless as possible and voila… profits galore! But finally there is repentance.

But how can this type of enforcement happen in the US? And could we see it here in Australia?

The common thread between the shift in Amazon Prime’s cancellation process in the EU and the FTC’s settlement with Fortnite is a law on unfair practices – a law that doesn’t exist in Australia. The EU leant on its Unfair Commercial Practices Directive to have Amazon change its cancellation process and the FTC leant on Section 5 of the Federal Trade Commission Act that deals with unfair or deceptive practices.

In Australia, we have some of the world’s strongest consumer protections but there are gaps. The Australian Consumer Law currently applies only in the most extreme circumstances, making it insufficient to protect Australians from practices that manipulate or take advantage of them.

As former ACCC Chair and now ANU Professor Rod Sims stated in CPRC’s recent webinar on unfair trading prohibition, “We have the structure; we have the penalties… we just need the law”.

Australia has a real opportunity to not only learn from international approaches but to build on them to ensure Australians are better protected from unfair practices.

For more information on our unfair trading prohibition research: How Australia can stop unfair business practices 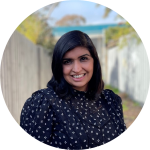 Chandni leads CPRC’s research stream on protecting consumers in a digital world. Her work to date includes exploring the consumer shift from the analogue towards the digital economy, the impact of deceptive and manipulative online design on Australian consumers and the key gaps that currently exist in Australia’s consumer protections.