You can’t fix everything with a hammer.

Often more than one tool or tradesperson is required to fix the many repairs that can go wrong in your home. You may need smaller tools for smaller problems, specialists for more complex problems and different materials to help repair what’s broken. The same approach applies to how we keep our markets fair and safe.

We need to give the fixers of our economy – our courts and our regulators – all the right tools to get on with the job.

The Federal Government wants to change how penalties will work for the Competition and Consumer Act. Penalties would be as high as:

These are big numbers. And rightly so. The OECD looked at our competition penalties in 2018 and found that they were too weak. The average penalty Australian courts imposed when a company broke the competition law was $25.4 million. The average in similar other countries was $320.4 million, or 12.6 times higher.

When our regulators are taking cases against large and powerful companies, like Google or Meta, they need penalties appropriate for that work.

We need big, headline penalties to stop the worst harm to consumers and markets but we also need more tools to deal with companies that don’t meet the minimum standards for fair behaviour.

The penalties that apply across consumer law are irrationally inconsistent. In some cases when a business breaks the law, all regulators and courts can do is ask them to fix the problem. No penalties apply when a business uses an unfair contract term or fails to offer a fair fix like a refund or repair when something breaks. All protections in the Australian Consumer Law need to have penalties attached.

In other parts of the law, the penalties courts can give are just absurdly low. One of the important protections we have for product safety is the mandatory reporting requirement. A business has to inform the regulator if they know of an instance when someone has suffered a serious injury, illness or death because of a product they sell. This helps regulators identify where there may be larger issues with product safety. Yet, the maximum penalty that can apply when a business fails to make a mandatory report is just $16,650.

The Thermomix case shows just how inadequate this penalty is.

This serious case was about a product failure that caused third degree burns to some customers. In 2018 the Federal Court found that Thermomix Australia had made misleading representations about the safety of their products, about consumer guarantees, and failed to make mandatory safety reports. Thermomix was rightly required to pay a high penalty for misleading customers: $4.6 million. However, the penalty paid for failing to lodge multiple mandatory reports about consumer injuries was just $108,000.

Thermomix Australia was aware of their products causing severe injuries to customers. Rather than reporting these within the two days the law required the company took, in some cases, over three years to lodge the report. Had this company made reports earlier, it’s very possible that product safety issues could have been identified by other parties sooner and greater pressure put on Thermomix to address safety issues. Compared to the $4.6 million penalty, the $108,000 for failing to make multiple mandatory reports does not have an adequate deterrence effect.  The penalty levels here sends a message to businesses that lying to your customers is worse than failing to keep them safe.

Outside of court-imposed penalties, the cost to companies for breaking the law is far too low. Infringement notices are like fines that the regulator can issue directly when they have reasonable grounds to believe that a company has broken the law. They usually follow warnings and written notices asking companies to explain what’s going on. They’re a tool that lets a regulator rein in bad behaviour without always having to escalate to the courts.

For most competition and consumer law issues, infringement notices are fixed at $133,200 for a listed company and $13,320 for a corporation. In many cases these amounts will be lower than the profit a business has made when doing the wrong thing. For example, in 2021 two funeral homes were caught claiming to be locally owned. They were actually owned by Propel, the second largest funeral company in Australia, but cashing in on consumer preferences for local businesses for a sensitive and important service. The two funeral homes paid just $12,600 each for making false and misleading statements about their ownership.

The final gap is the most important.

When companies are taken to court for harming consumers, they aren’t always forced to make things right for the people they’ve harmed. Yes, there may be a large penalty, a major court decision or headlines in the media that cause reputational damage. But there isn’t always money returned to the pockets of the people who were harmed. We need to make sure that more consumer law cases require that companies remediate their customers and fix what’s been broken.

The government proposal to lift penalties in the Competition and Consumer Act is a great idea. It’s just not enough. Courts need the ability to impose penalties consistently across the Competition and Consumer Law. From misleading claims to product safety issues to unfair contract terms – all protections need meaningful penalties attached. Courts and regulators also need to pay greater attention to making sure that things are made right for consumers who have been harmed when businesses do the wrong thing.

We need more than one large, intimidating tool to keep our markets operating as they should. We need a range of tools to make markets work well for consumers. 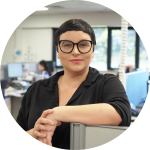 Erin Turner is a consumer advocate that has worked with a broad range of governments and regulators to make markets fairer for Australians.